Get fresh music recommendations delivered to your inbox every Friday.
We've updated our Terms of Use. You can review the changes here.

Into The Void Of Emptiness 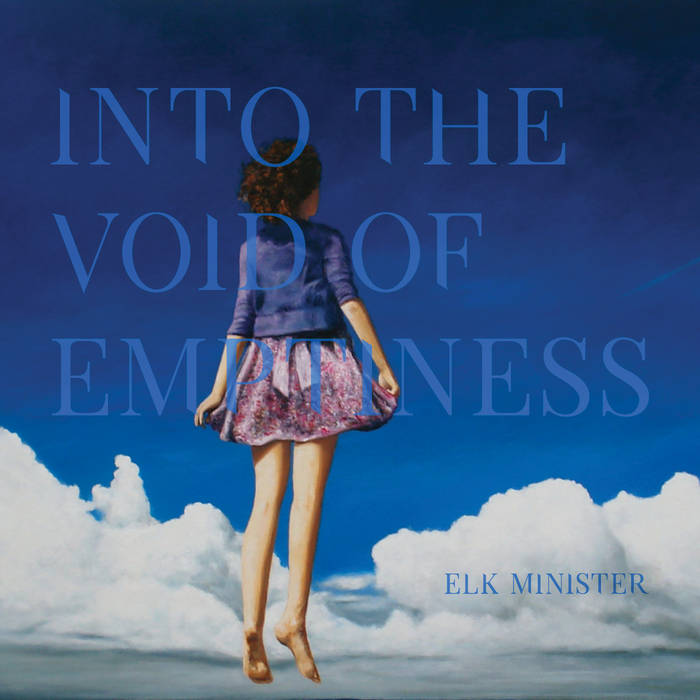 *Promo Single available as a free download from Elkminister.com*
Thank you for supporting this music and please give or share with your friends.

Into The Void of Emptiness
(Giannotti)

Recorded, Mixed and Mastered
by Rubarb Siesta at Nongatiti Studios


Elk Minister is cooking up an album that will hit the light of day somewhere in the year 2017. But as that’s still a couple of months away & listeners aren’t very know for their generosity in being patient; Elk Minister had brought out one of the main singles from the album to fill up the gap of time for all the waiting Elk Minister groupies. You might be one of them and not even knowing you had been one, luckily as a reader of this post we can serve you the single. Giving you the same privilege as all the elite fans of Elk Minister!

The song is by definition a clear single, its alternative yet very memorable. The nicely scaled piano melody that forms the basis is sweetly soaked with lyrics that you could (for the most part) easily sing-a-long at the very first listen. To do that with a track without getting cheesy isn’t a easy task, but Elk Minister successfully done it without any reference to become comparable to bubblegum-pop.

The song has this strong feeling, something that feels like a brave wave that isn’t so afraid to show it’s more sensible sights. I guess in this case it’s the voices who deliver the lyrics that give the whole thing that special trustworthy trust. It’s as if you have emptied a few bottles of wine with tough emotionless friends & suddenly you are all hugging, touching and telling everyone how much you love each other: that’s a bit how the vibe of this song comes across, minus then the whole drunken part.

This track is very focused and orchestrated, cleverly mixed with nice details in pronunciation and special effects on the voices. The whole ordeal makes me think of Elk Minister being raw on the outside and being kind and gentle from the inside & this song is a perfecting the art of bringing both these things at the very same time. Adding that it is memorable and sing-a-long material you’ll be probably (among the already sold die-hard-elk-minister-fans) singing this song in your head for a while. Not sure if it will last until next year, but who knows? The single just might be able to get stuck in your head for at least quite a while! And if we are all together in this track, the void that this song is about does seem to be the opposite of a lonely place!
Yeahiknowitsucks.wordpress.com

Elk Minister was born in a log cabin deep in the forest of the upstate region. While being raised by his mother and his Uncle Radcliffe, Elk Minister developed an affinity and love towards music, philosophy, and science. At age seven, Elk Minister was writing and recording his own songs on a homemade tape recorder built by his uncle. In 1999, he wrote an opera with his imaginary friend Gerald. ... more

Bandcamp Daily  your guide to the world of Bandcamp

Sampa The Great joins the show to discuss her release, "As Above, So Below".